Berlin in 2021 seems to be a world heritage centre for graffiti. It's on every available surface of almost every street: on walls, doors, skips, electricity boxes, post boxes, dumped furniture, vehicles and even people that haven't moved in a while. Most buildings and civil structures in the city will have acquired graffiti at some point. It is often left to build up over the years and often visually detracts from places of architectural interest. Painting it out just creates ugly patches of painted-out graffiti which you can still partially read. Ironically, the severe re-gentrification to which Berlin is currently being subjected to by developers, leaves broad new empty spaces which are perfect blank canvases for graffitists to spray paint across.

For me, the issue with graffiti is that there is a crossover between things that I like to photograph, and things that attract graffiti. Scenes or objects that are representative parts of the urban landscape – my photographic territory - attract paint nozzles as well as lenses. The thing is that I don't want to take photos of graffiti. It's not an interest of mine in itself and it tends to dominate photos in which it appears. There have been countable instances where I was discouraged from taking a photograph because unwanted graffiti would have made it into the picture. However, I wanted to confront this issue from a positive angle.

After discarding ideas about digitally altering my photographs to remove graffiti, I have chosen to admit that sometimes graffiti can look OK. In rare cases it can even become a visually satisfying part of the environment. If it ages gracefully under the harsh Berlin weather, or maybe through the sheer boldness of its gaudy isolation, it can achieve something more than just territorial tagging. The message conveyed may be worth recording, or perhaps there is an enigmatic element to it, although there still has to be an inherent aesthetic appeal. In the right setting I could extricate the graffiti from the realm of the petty act of surface defacement, and claim it as my own, photographically. All the images presented here are, I think, examples of photographs that work because of the inclusion of the graffiti in them. 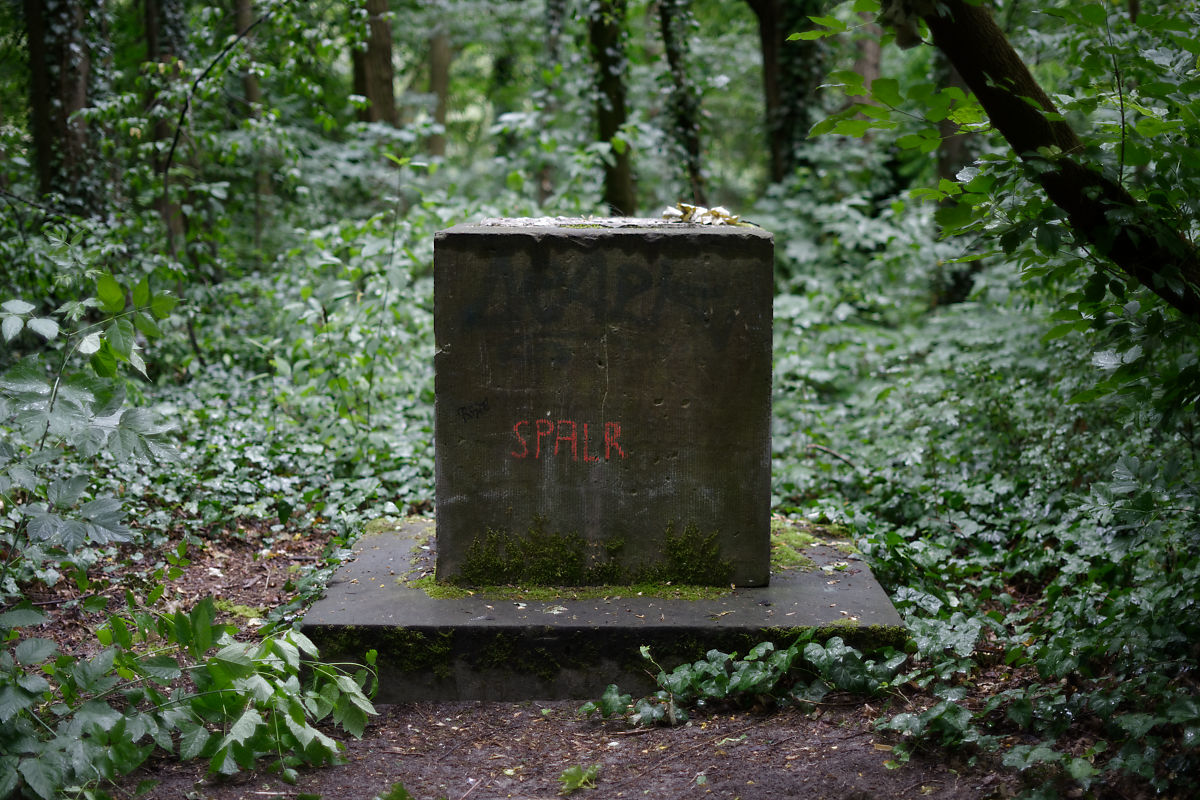 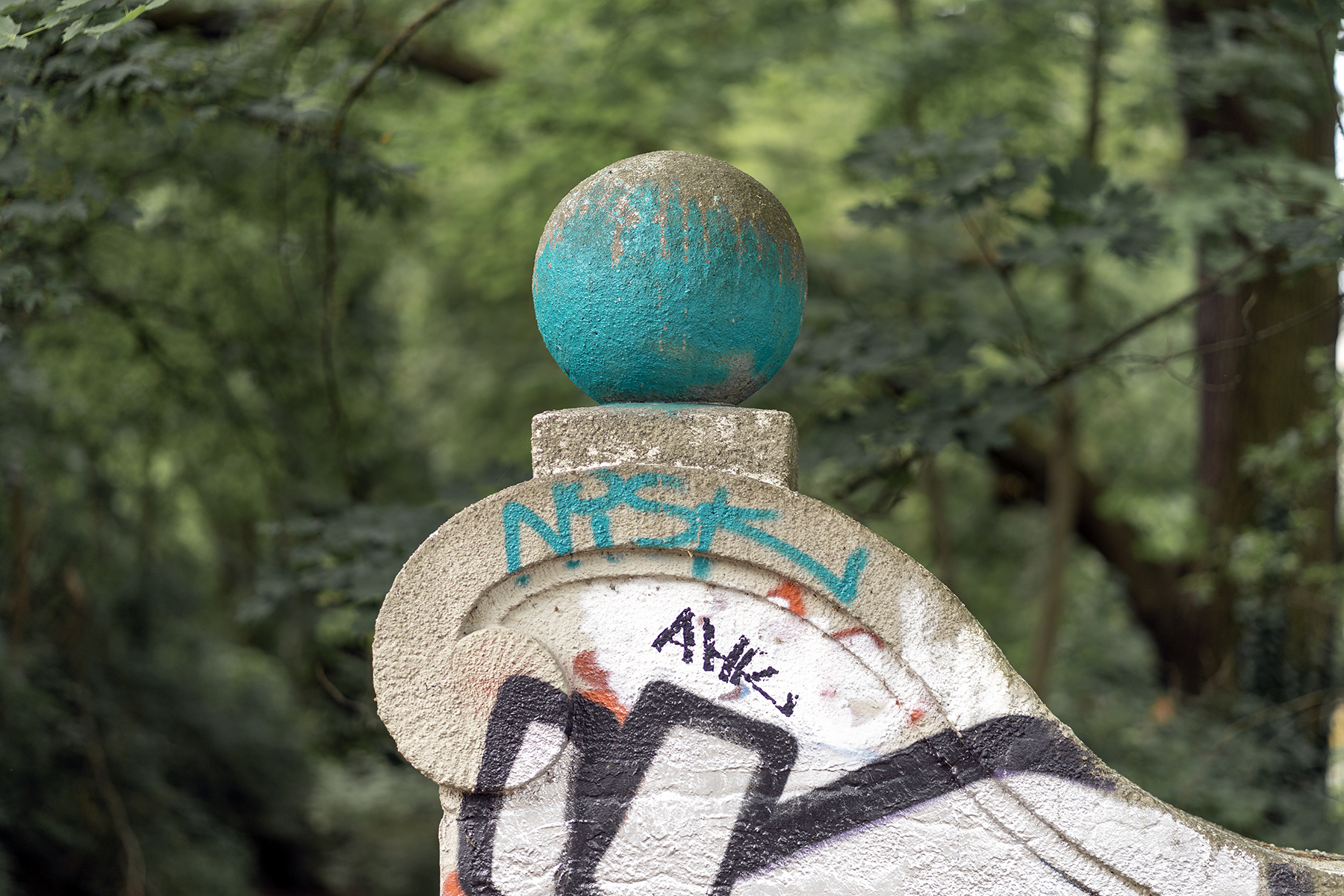 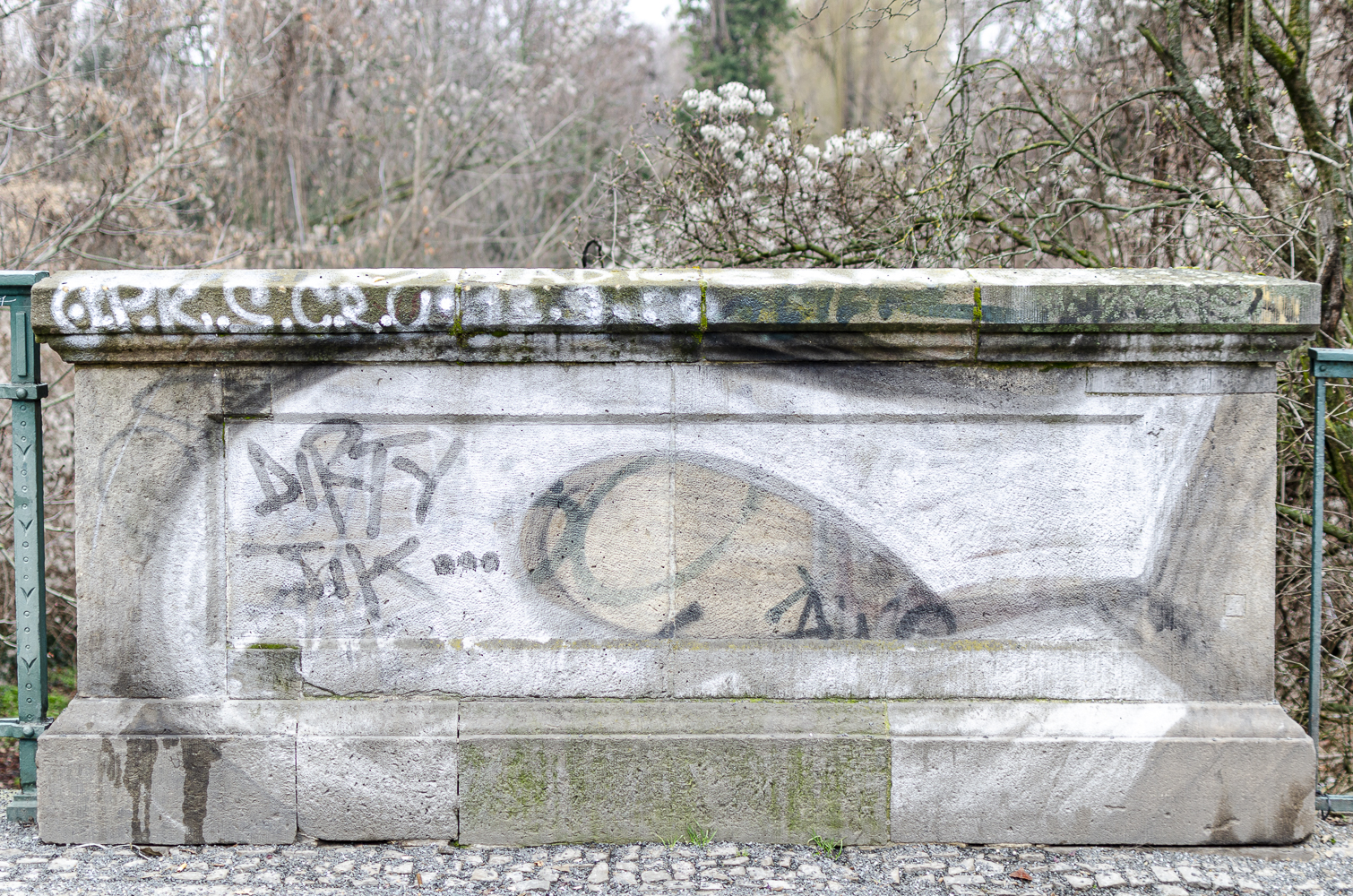 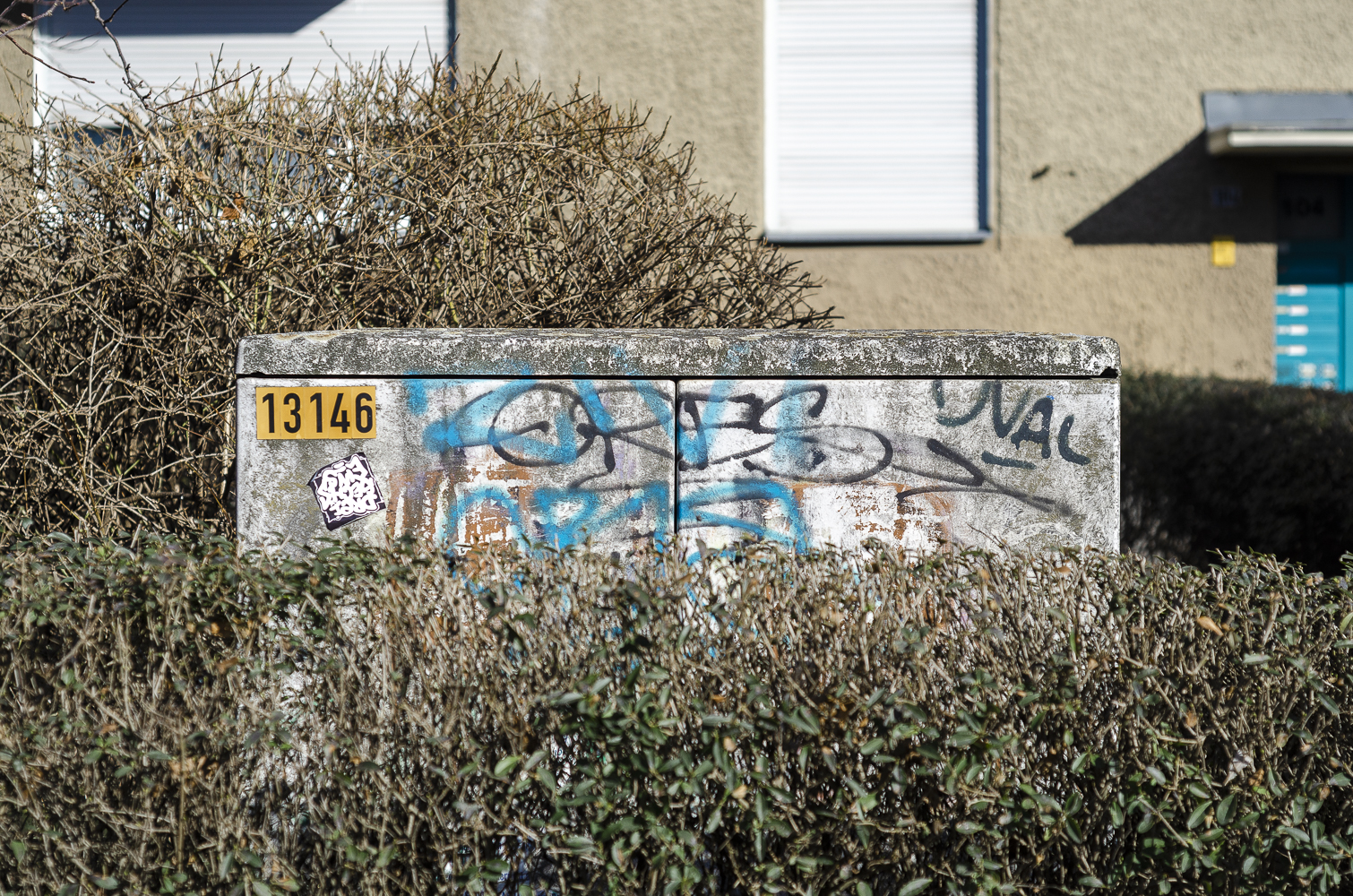 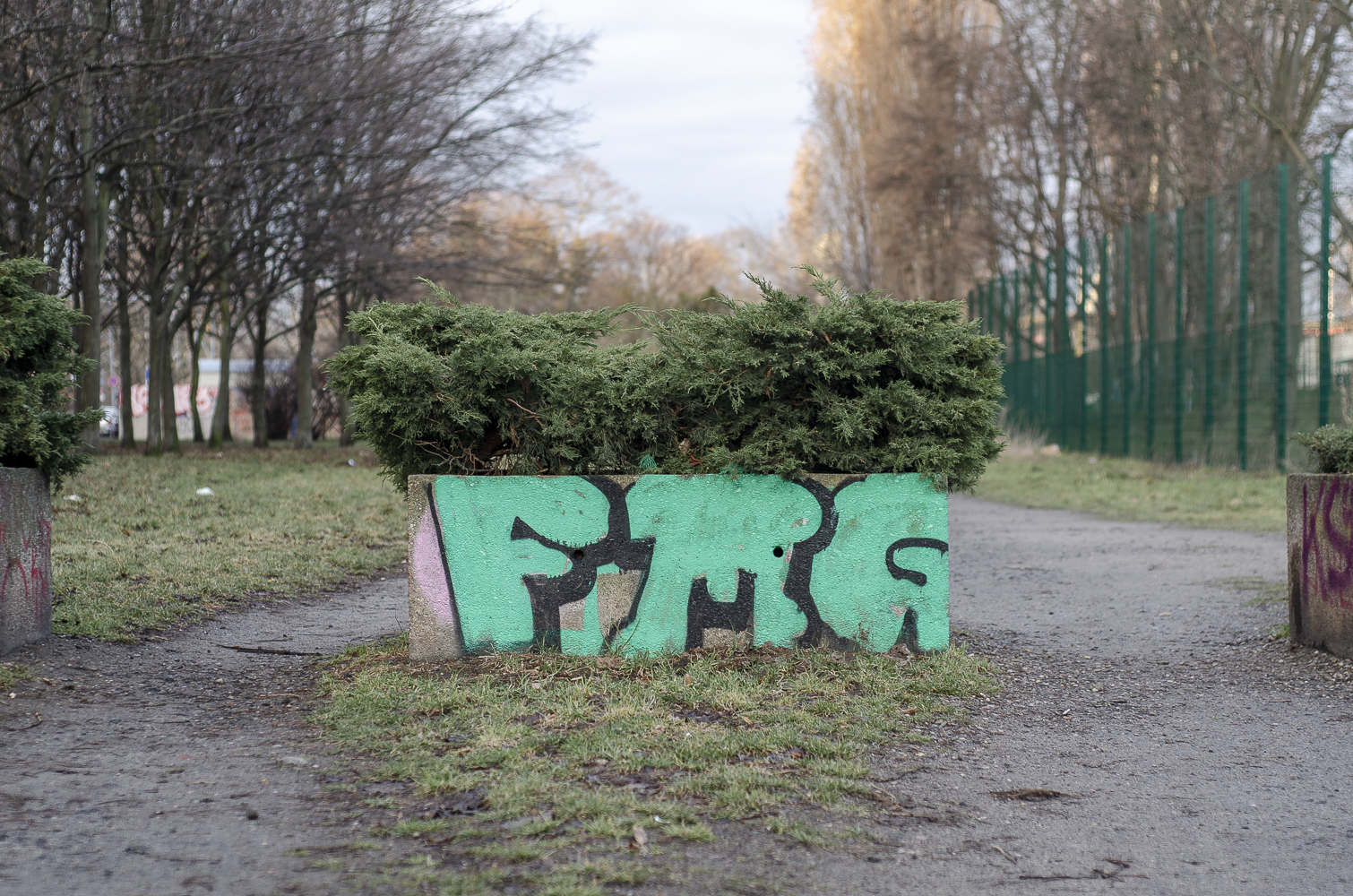 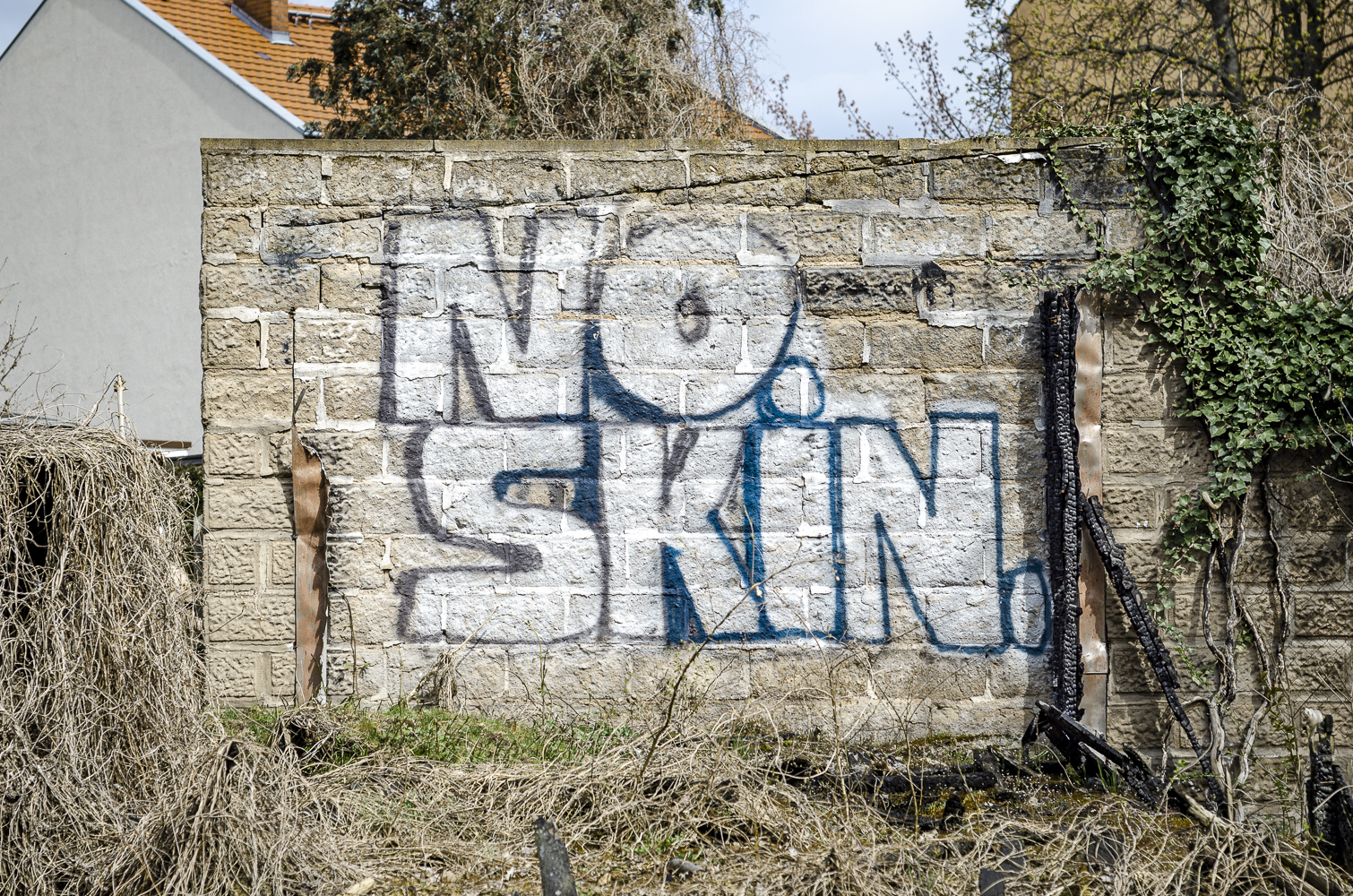